Visit Austria: Vienna, Hallstatt and Salzburg; What Dreams Are Made Of - GeekyTravel.com
Skip to content 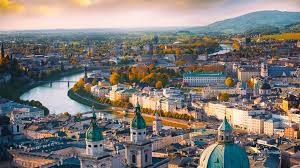 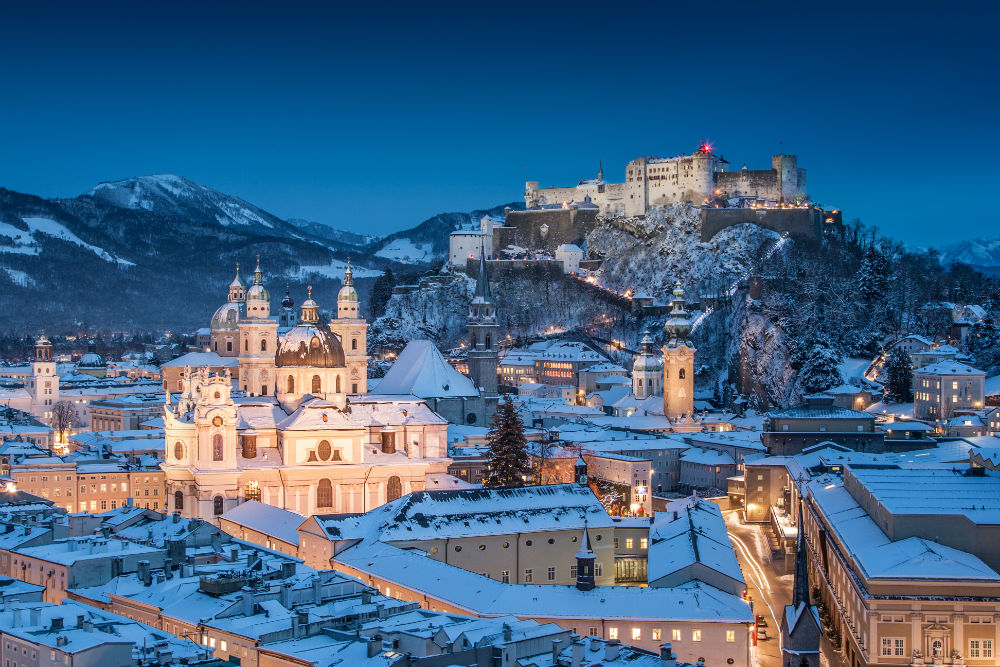 Although not as popular as the countries that border it, Austria is one of the most beautiful and diverse countries in the world. From snow capped mountains and cosy ski resorts, to relaxing holidays by the lake drinking in some breathtaking beauty, Austria is a year-round slice of holiday heaven that truly has it all.

This article takes a look at the best destinations, the best places to stay and the best things to do during your time in any of Austria’s great cities or towns.

A picture speaks a thousand words and no one can fail to be blown away by the beauty of this small Austrian town as seen from the lake or from the mountains. According to a decade old census there are less than 1000 people living in Hallstatt, but there are many more who holiday in the region, and who could blame them?

How to get to Hallstatt

If you’re lucky enough to live in this great country, or in the many countries that border it, then you can simply hop on a train. That train can take you most of the way but as the city is located on the lake it can’t take you all of the way and you will need to board a ferry to complete your journey. There are also buses that you can take from the nearby cities and towns.

If you’re coming from further afield then you’ll need to fly to one of the major airports and then take a train or a bus before hopping on a ferry. It can be quite an ordeal, but one that is definitely worth it. You can also drive to the ferry port, but as discussed later you probably won’t be able to take your car with you into Hallstatt.

Once you’re inside Hallstatt then you don’t need any transport. Most of the residents walk as it is a very small area that can be covered on foot, and for much of the year cars are actually not allowed on the island, making it an automobile free zone.

What to do in Hallstatt

Hallstatt is as quaint and peaceful of a town as you are ever likely to find. The architecture is like something out of a fairy tale and the town itself is almost surreal, sitting on the calm waters of the lake Hallstatter See, undisturbed by the grand and fierce landscape.

Hallstatt is perfect for adventure holidays and for those seeking a peaceful vacation. If you go in the winter, when this area is covered in snow, then you can enjoy a long and brisk trek over the surrounding mountains and hills. There are also caves to visit and plenty of rock climbing to partake in. If this is what you intended to do then make sure you’re fully prepared, it may look tame and idyllic, but it is for experienced climbers and hikers only. Check out the Outdoor Megastore for reduced prices on all of your hiking and climbing needs.

In the summer it is fairly mild here, albeit not exactly scorching, and perfect to spend some time by the lake, shopping in town or finding out about the history of the region. Admittedly, you’re not going to to be as entertained here as you would in the bigger cities, but you’re also unlikely to find such beauty in those cities, or anywhere else for that matter. Halstatt is a once in a lifetime experience, an ideal getaway for those looking to de-stress, unwind and witness the best that nature has to offer.

Get Inspired in Vienna

Vienna is the largest city in Austria and although it doesn’t get the same respect as Paris, London or Barcelona, it is one of the most beautiful cities in the world. Vienna has a wealth of great history, especially where music and art is concerned, making this the ideal place for this people hoping to absorb themselves in some culture.

Most of the big airlines in most of the big cities will fly to Vienna, but it is not as common as many other destinations, particularly if you want to opt for the budget airlines. If you live in the UK for instance, your options may be limited to Manchester and London, and you’ll be even more restrained in the US and will probably require some stopovers. The extra trek is worth it, but if you do come from further afield then you should look into exploring more of the country or of the continent whist you’re here, ensuring that you get the most out of your visit. Check out our articles on Bruges for some medieval charm in Belgium, or Berlin for a cheap and trendy destination that rivals the beauty of Paris.

There is also easy access into Vienna by train, bus or even car, from countries such as Germany, Czech Republic, Hungary and Slovakia. In fact, if you’re on the European mainland then you should be able to choose from a number of train routes, with journeys taking anywhere from thirty minutes to a few hours.

Once you’re there then you can make use of a reliable public transport system. There are also plenty of taxis available for you to hail.

What to do in Vienna

In Vienna you’ll find some of the best museums in the world, so you’ll want to set aside some time to explore as many of these as you can. From history to music and art, there is plenty to see for everyone. If you’re on a short break and can only fit a few visits in, then head for Kunsthistorisches Museum, which is a fine art museum and is probably the best museum in the city, and the Third Man Museum, which is a film museum. Once you get these two out of the way then anything else you see before you leave is a bonus.

Once you have seen the sights, then it’s time to a do a little shopping. Head for the expansive malls or the outdoor markets. If you’re visiting during the end of the year then you should also go to the Christmas Market, which is a great place to sample some street food and drinks.

Vienna has a great number of fine restaurants and a wide range of cuisine, including street food such as sausages, kebabs and more. Their own cuisine is not too different from German food, but Vienna is a cosmopolitan and culturally diverse city and you can find everything from French to Chinese food here. There are also scores of gourmet and fine dining restaurants, where strict dress codes are enforced and customers are treated like kings and queens for the evening.

Vienna has an active nightlife and coffee shop culture, so it’s acceptable to sit and drink coffee well into the night, before following it up with a few cocktails in the early hours at a swanky nightclub. There are plenty of bars, clubs, beer houses, wine bars and more, along with gay bars, rock bars and goth bars, so all tastes are well and truly covered for.

Vienna is beautiful in the summer, and with the longer nights you’ll get to enjoy this beauty more. It is also nice and hot, which can’t be said about some of the more mountainous regions in Austria. You can also enjoy the ImPulsTanz Festival, which is dedicated to dances and performances, and there are a number of other festivals which kick-off during the spring and the summer months.

Conversely though, one of the best times to visit is during Ball Season, when the spirit of Vienna truly comes alive and lives up to its reputation as a grand, lavish and cultured city. This season typically occurs during the end of to the year, and runs into February, which is when Vienna is at its coldest.

Be Seduced by Salzburg

Salzburg is somewhere between the two destinations previously mentioned. It has the quaintness and the beauty of Hallstatt and the accessibility of a bigger city. It’s actually not too far away from Hallstatt and if you head to Hallstatt then you may just happen through Salzburg on your journey. If that is the case then we advise that you stop over for a few days and enjoy everything that this beautiful city has to offer.

You can get here by car or train from Vienna and from other major European cities. The Salzburg W.A Mozart International Airport also has connecting flights from many european destinations, including Paris and London. Once you’re inside the city you can cover much of it on foot, but there is also an electric bus service that will take you where you want to go.

What to do in Salzburg

There is plenty to see here, most of it beautiful. This is the birthplace of Mozart, and you can take a trip to the house in which he was born, which has now been converted into a museum in his honor. The house in which he spent his later years is also available for tourists to have a look around, and there are plenty of museums elsewhere around the city as well, including the Toy Museum and the Museum of Modern Art.

If you prefer to be outdoors, then head for the Salzburg Zoo or the St Sebastien Cemetery, where Mozart’s wife is buried. There are plenty of tours and festivals, and these are best seen in the summer months. Music and performance festivals are endless during the months of July and August, and this is also the best time to take the Panorama Tours which is centred on the Sound of Music.

Other Towns and cities to Visit in Austria

Austria is a country that has it all, but if you’re here for a prolonged period and tire of the sights, you’re only a short train journey away from Liechtenstein, Slovenia, Switzerland, Hungary and more, with cities like Budapest, Bratislava, Prague, Munich and even Venice all within your reach. And if you find yourself dazzled by Austria itself, then we also recommend visiting Innsbruck and/or Tyrol, two destinations that will make your Austrian vacation complete.

Book your Austrian adventure, or browse the many beautiful hotels and attractions in more detail with Tripadvisor.