Unusual Attractions To Visit While On Vacation In Florida - GeekyTravel.com
Skip to content 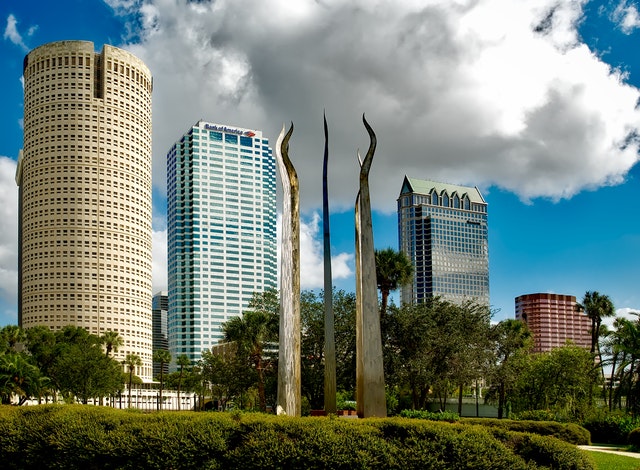 Florida contains some of the most popular tourist attractions in the world, but by choosing to visit the state’s more unusual sights, you’ll be able to have an equally fantastic time.

One of these is the Coral Castle, located just outside Miami in Homestead. Here you can see a number of statues and sculptures carved out of coral rock.

All the items on display, which include rocking chairs and a Polaris telescope, were carved by Edward Leedskalnin between 1923 and 1951, who created them using just handheld tools.

Perky’s Bat Tower is another unusual attraction that you’ll be able to take in during the course of a holiday to Florida. Situated just off the US-1 South highway, this monument was built by entrepreneur Richter Perky in 1929.

Although it was constructed with the purpose of attracting mosquito-eating bats (Perky believed the presence of the insects would put off people visiting the resort he wanted to build there), he was unable to get the flying mammals to stay there. Despite never being used for its intended purpose, it is now part of the US National Register of Historic Places.

However, an even more unusual roadside monument can be found in Wausau. Situated on the State Highway 77 is a statute paying tribute to the possum, which indicates how the creature has been a useful source of food and fur for early settlers in the US.

If you’re a nature enthusiast, make sure you visit Butterfly World, which is the largest butterfly aviary in the US. Situated in Coconut Creek, southern Florida, some 10,000 of the winged insects are on display here every day, while as many as 50 different species can be seen at any one time.

Despite its name, there are a number of other creatures to see at Butterfly World, including moths and exotic birds.

To learn more about ancient animals visit Dinosaur World. Situated in Plant City, around an hour’s drive outside Orlando, you’ll be able to get a deep insight into prehistoric creatures by visiting the museum or going on a fossil dig.

Around 150 life-size model dinosaurs can be seen here, some of which are 80 ft in length, as can a variety of skeleton models.

Visiting Florida also gives you the chance to see the world’s smallest police station, which is little more than just a basic phonebooth. Situated in Carrabelle, itself one of the state’s tiniest cities, with a population of around 1,300 people, this was built in 1963 to stop people from using the police phone to make unauthorised long-distance calls. Step inside the station today and you’re bound to find it makes for a fantastic photo opportunity.

Alternatively, why not visit the Potter’s Wax Museum? Located on King Street, St Augustine, you’ll be able to look at dozens of lifelike statues of celebrities and important historical figures ranging from Tiger Woods to Arnold Schwarzenegger.

While in the city you’ll come across the country’s oldest wooden schoolhouse, a building that was constructed in the early 1700s.

Or why not visit the Burt Reynolds & Friends Museum in Jupiter to learn all about the life and work of the famous actor?

Reynolds has starred in dozens of TV shows and films over the years, including The Longest Yard and Boogie Nights, and here you’ll be able to see some of the costumes he has worn on the big screen in addition to a selection of the awards that he has been presented with.

Other items on display here include clothes belonging to iconic Gene Autry and boxing gloves worn by Muhammad Ali.

Florida is also home to the Fort Lauderdale Swap Shop, the world’s largest daily flea market, but whatever you’re into there’ll always be something to capture your interest during a visit to the region.