5 Secret Tips to Skip Lines and See Everything at Disney World Parks - GeekyTravel.com
Skip to content 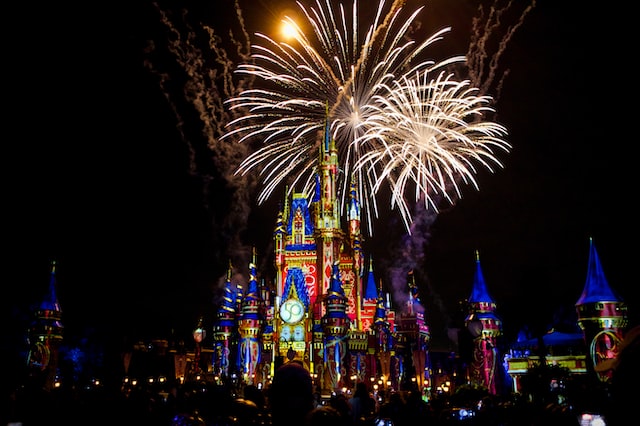 Walt Disney World vacations aren’t cheap these days; the food is expensive, the cost of souvenirs has increased, and even a budget resort will set you back a couple hundred per night.  To make matters worse, as the parks become more and more popular, lines get longer, too, making it harder to fit everything you want to see into one day.  But with a bit of strategy — and a little extra money, of course — it’s possible to get everything done in one trip.

Here are five tips to see more at Disney World:

Plan Your Trip During Slow Season

One of the best ways to see more at Disney World is to avoid crowds, and the easiest way to do that is to go during slower times.  The slowest times are generally at the end of January and after kids go back to school in August and September.  The busiest times are usually the holidays and spring break.  Late spring and summer tend to be right in between.  Disney World uses tiered pricing, which results in admission prices being higher on busier days.  A good way to know that you’re going on a slower day is if your ticket price is $109, as that’s currently the lowest price for a day at any of the four main parks.

Stay at a Disney Resort

There are a number of perks to staying at a Disney Resort.  One is that you can start making reservations for restaurants 60 days in advance, as opposed to 30 days in advance if you stay off-site.  Some of the newer eateries at Disney World (like the Space 220 restaurant) are reservation-only, and others are so massively popular that wait times are over an hour just to be seated. The biggest perk of being a hotel guest is the ability to get into the parks 30 minutes before opening.  This means you’ll be able to avoid lines at the front gate, access the park at rope drop, and avoid the hordes of guests staying off-site. For some of the more popular rides, this can be the difference between a 15-minute and 45-minute wait. 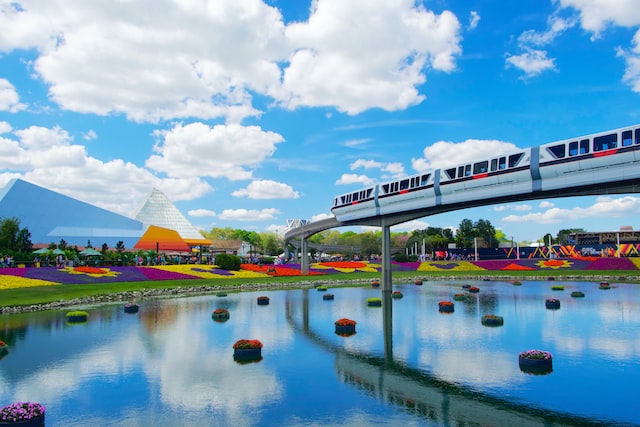 Disney’s Skyliner is a gondola lift system that transports guests from select Disneyworld hotels to select parks. Guests who stay at the Art of Animation, Riviera, Caribbean Beach, and Pop Century resorts can get into Epcot and Disney’s Hollywood Studios faster because they’re connected by the Skyliner, which is similar to a ski-lift. Although Disney offers bus services between all its resorts and parks, Skyliner is more efficient because it runs continuously and tends to have shorter lines, especially in the mornings.  Transportation time generally takes between 10 and 25 minutes.

If there are specific restaurants you want to try at Disney World, or if you want to make sure you try the best and most interesting foods, you’ll likely want to make reservations ahead of time.  All of the restaurants (except quickserve counters) at the Disney parks and hotels accept reservations.  Of course, a reservation isn’t needed at all of them, but it definitely is necessary at some of the more popular restaurants.  Some restaurants, including Be Our Guest in Magic Kingdom, are booked out as far as 180 days ahead of time.  And others have wait times that could have been better spent riding a ride or seeing a show. The more popular eateries at Disney World include Ohana at Polynesian Resort, Topolinos at the Riviera Resort, Oga’s Cantina in Hollywood Studios, and the previously mentioned restaurants.  To make a reservation, you’ll need to go to the “Reserve Dining” tab under the My Disney Experience section of the Walt Disney World website (it can also be done in the My Disney Experience app).  From there, you can choose the restaurant and select a time frame, and the site will show you what’s available. Keep in mind that it’s extremely difficult to make reservations for most of the restaurants mentioned.  Most people who successfully nab a reservation at these hot spots do so in one of three ways:

Use Genie+ to Schedule Most Rides

The old fast pass system has been replaced with Disney Genie and Genie+, which can be found in the My Disney Experience App.  This app is an AI that keeps guests alerted as to how long wait times are for rides and attractions around the parks.  Disney Genie is free, but if you upgrade to Genie+, you can schedule a specific time to ride a ride.  When it’s your time, you’ll have an hour to check in and join the queue in the special lightning lanes.  There are only a limited number of reservations allowed during each window, so Lightning lanes are significantly shorter than the regular lines; on average, expect to wait 5-10 minutes in these lines, but it can occasionally be longer if the ride has a shutdown, for example. Some of the more popular rides have paid lightning lanes, which means you pay between $7 and $15 per person just to skip the line for that one specific line.  A few of the rides that offer this are Rise of the Resistance at Disney’s Hollywood Studios, Guardians of the Galaxy Rewind at Epcot, and Avatar Flights of Passage at Animal Kingdom.

Although Walt Disney World is referred to as the happiest place on earth, it can sometimes be the most rushed as well.  Although these tips take a lot of planning and require plenty of time staring at your phone, it can definitely be worth it to get more done while at the park.  Make sure to take some great photos and make some amazing memories while doing so.